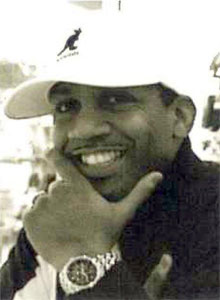 Read the statement from Terry's attorney in response to the court's decision.

“On behalf of Terry Williams, we are extremely pleased that Judge Sarmina, after carefully considering all of the evidence in this case, has vacated the death sentence based on misconduct by the prosecution.

Save Terry Williams from Execution!

The Framing of Kevin Cooper, on San Quentin’s Death Row [with VIDEO]

On February 20, San Quentin Prison (just North of San Francisco) was the site of a groundbreaking "Occupy San Quentin" demonstration linking Occupy Wall Street with the anti-prison movement. Inside on San Quentin’s death row is a man named Kevin Cooper, whose case for innocence is widely considered to be one of the most compelling today. Indeed, when the Ninth Circuit Court ruled against Cooper’s final appeal in 2009, Judge William A. Fletcher wrote in his 101 page dissenting opinion that “the State of California may be about to execute an innocent man.”

Kevin Cooper’s controversial 1985 conviction and death sentence is the subject of a new book by veteran journalist J. Patrick O’Connor entitled, Scapegoat: The Chino Hills Murders and The Framing of Kevin Cooper. O’Connor is the editor of www.crimemagazine.com and the author of The Framing of Mumia Abu-Jamal (Lawrence Hill, 2008). He has previously worked as a reporter for UPI, editor of Cincinnati Magazine, associate editor of TV Guide, and editor and publisher of the Kansas City New Times.

Posted by copwatch | Sun, 01/01/2012 - 11:19pm story
The Prison
[col. writ. 12/17/11] (c) '11 Mumia Abu-Jamal
Every prison is the same; and every prison is different.
Every prison has its own mythos, (think Alcatraz, Sing Sing, Attica), its own rhythm. hard, cool, tight, relaxed, severe or super max. And every prison is run by class -as in how courts or administrators have classified a crime according to whose interests are threatened.

ONA MOVE, Everybody!  We've received news that Mumia has now been transferred to SCI-Mahanoy, another prison in Pennsylvania.  He is in "Administrative Segregation", he is not in general population yet. We need to let those administrators know, immediately, that we know Mumia is there and that the WORLD is watching.  People need to flood the prison with calls and flood Mumia with postcards (Mumia needs to know that we have his back). ----Ramona

On Wednesday December 7, 2011 District Attorney of Philadelphia, Seth Williams, accompanied by Maureen Faulkner, announced at a press conference that he was not pursuing another hearing to reinstate the death penalty for Mumia Abu Jamal.

This means that Mumia is now sentenced to life in prison without the possibility of parole.

There is already talk about him now being moved into general population.

Some people may celebrate this as a victory but MOVE is not under any illusions about these treacherous officials, we ain’t fooled one bit by their deviousness. We see this latest decision for exactly what it is- A devious tactic to kill Mumia in a so-called different way.

Black Teen Shot in Back By San Fran Police, Left to Die On Sidewalk July 16, 2011

[VIDEO may contain content that is inappropriate for some to watch]

When police stopped a teenager stepping off the T-train to show his transfer as proof he’d paid his fare – $2 at most – he ran from them. They shot him as many as 10 times in the back and neck, according to witnesses. For many long minutes, as a crowd watched in horror, the boy, who had fallen to the sidewalk a block away, lay in a quickly growing pool of blood writhing in pain and trying to lift himself up as the cops trained their guns on him and threatened bystanders.

Our calls and petitions have worked before.  They must work again!   STOP THE EXECUTION! FREE TROY DAVIS!

On March 28, 2011, the US Supreme Court failed to take up the appeal of Troy Davis. He could be executed at any time.

AND NOW HIS EXECUTION HAS BEEN SET FOR WEDNESDAY, SEPTMEBER 21!.

A FORUM ON POLICE, RACISM, 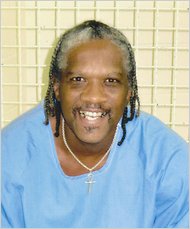 "Operation Small Axe" Film about Police Brutality, Resonates with Communities All Over the Country

An Epidemic of Brutality

Those lawsuits, filed respectively by a state legislator and a high-profile media commentator (both of whom are black) didn’t surprise Valrey. His travels across America screening his film highlighted for him – again – a reality that governmental officials constantly reject: police brutality is a widespread scourge.

Oscar Grant was MURDERED, but Verdict for Killer Cop was Involuntary Manslaughter

Community Responds to U.S. Systemic Racism as Evidenced by the MURDER of Oscar Grant, then Reinforced by the Mehserle Verdict

Troy Davis Fighting For His Life on Death Row!: 3 Recent Updates and Analysis

Beginning at 6:30pm tonight on the Gazebo in Old Town Eureka, Redwood Curtain Friends of MOVE will be showing the film, "In Prison My Whole Life," which centers around the story of Mumia Abu-Jamal's arrest and imprisonment on death row- and impending exectution. We will also be video taping statements in support of Mumia. Come learn about Mumia Abu-Jamal, an amazing journalist and political prisoner and show your support for his release.

We want, along with people and organizations around the world, the immediate RELEASE of MUMIA ABU-JAMAL and NO EXECUTION!