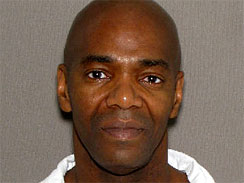 (AP)  DALLAS - A Texas man who spent more time in prison than any other DNA exoneree in the state is expected to have a court overturn his conviction at an exoneration hearing Tuesday. Cornelius Dupree Jr., 51, was paroled out of prison in July after 30 years behind bars for aggravated robbery with a deadly weapon. DNA test results that came back 10 days after his release excluded him as the person who raped and robbed a Dallas woman in 1979. The Dallas County District Attorney's Office said Monday it supports Dupree's innocence claim. Dupree has spent more time wrongly imprisoned than any other DNA exoneree in Texas, which has freed 41 wrongly convicted inmates through DNA since 2001, more than any other state. His 30 years would surpass James Woodard, who spent more than 27 years imprisoned for a murder that he was cleared of in 2008.

School police officers in Texas are doling out more tickets to children as young as 6, who under past disciplinary practices would have been sent to the principal's office instead, according to a report by a Texas nonprofit.

"Disrupting class, using profanity, misbehaving on a school bus, student fights, and truancy once meant a trip to the principal's office. Today, such misbehavior results in a Class C misdemeanor ticket and a trip to court for thousands of Texas students and their families each year," says the Appleseed Texas report (PDF). It examined data from 22 of the state's largest school districts and eight municipal courts.

Shocking video has emerged of a police officer slamming a handcuffed woman face first into a concrete wall, leaving her with a deep gash to her chin.

The horrific images were captured on a Dallas Tollway by Trooper Arturo Perez’s dashboard camera as he tried to arrest the female motorist on suspicion of drink-driving.

The grainy pictures clearly show the officer dragging 22-year-old Whitney Fox towards his police car then body-slamming her into a highway’s concrete dividing wall when she tried to pull away from him.