The Living Death of Solitary Confinement

There are many ways to destroy a person, but the simplest and most devastating might be solitary confinement.  Deprived of meaningful human contact, otherwise healthy prisoners often come unhinged. They experience intense anxiety, paranoia, depression, memory loss, hallucinations and other perceptual distortions. Psychiatrists call this cluster of symptoms SHU syndrome, named after the Security Housing Units of many supermax prisons. Prisoners have more direct ways of naming their experience.  They call it “living death,” the “gray box,” or “living in a black hole.”

In June the Judiciary Subcommittee on the Constitution, Civil Rights, and Human Rights, headed by Senator Richard J. Durbin, Democrat of Illinois, held the first Congressional hearing on solitary confinement.  Advocates and experts in the field were invited to submit testimony on the psychological, ethical, social and economic issues raised by punitive isolation.  Among the many contributors was Anthony Graves, who spent over 18 years on death row in Texas, most of them in solitary confinement, for a crime he did not commit. Graves describes his isolation as a form of “emotional torture.”  Two years after his exoneration and release, he still feels trapped in isolation: “I am living amongst millions of people in the world today, but most of the time I feel alone.  I cry at night because of this feeling.  I just want to stop feeling this way, but I haven’t been able to.”

We tend to assume that solitary confinement is reserved for “the worst of the worst”: violent inmates who have proved themselves unwilling or unable to live in the general population.  But the truth is that an inmate can be sent to the hole for failing to return a meal tray, or for possession of contraband (which can include anything from weapons to spicy tortilla chips).  According to the Bureau of Justice, there were 81,622 prisoners in some form of “restricted housing” (code for solitary confinement) in 2005.  If anything, these numbers have increased as isolation units continue to be built in prisons, jails and juvenile detention centers across the country.  Given that 95 percent of all inmates are eventually released into the public, and that many of these will be released without any form of transition or therapy, solitary confinement is a problem that potentially affects every one of us. 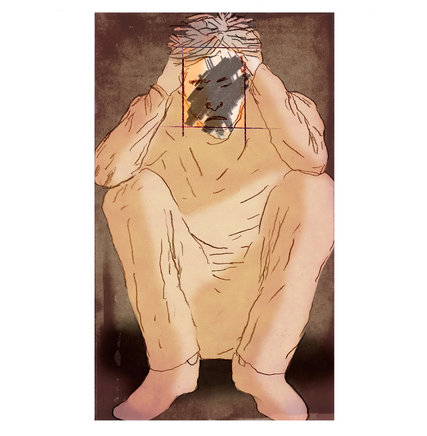 In my own statement for the Senate subcommittee, I made a philosophical argument against solitary confinement, drawing on my research in phenomenology.  Phenomenology is a philosophical method for uncovering the structure of lived experience by describing what it is like from a first person perspective.  Rather than attempting to prove a set of objective facts, phenomenology tracks the way that a meaningful experience of the world emerges for someone in the total situation of their Being-in-the-world.  It’s not that facts are unimportant, but rather that they are not meaningful in themselves; they become meaningful when they are experienced by someone in relation to a wider context or horizon.  What happens when that horizon shrinks to the space of a 6-by-9 cell?

Consider the following testimony from prisoners interviewed by the psychiatrist Stuart Grassian in Block 10 of Walpole Penitentiary in 1982:

I went to a standstill psychologically once — lapse of memory.  I didn’t talk for 15 days.  I couldn’t hear clearly.  You can’t see — you’re blind — block everything out — disoriented, awareness is very bad.  Did someone say he’s coming out of it?  I think what I’m saying is true — not sure.  I think I was drooling — a complete standstill.

I seem to see movements — real fast motions in front of me. Then seems like they’re doing things behind your back — can’t quite see them. Did someone just hit me?  I dwell on it for hours.

Melting, everything in the cell starts moving; everything gets darker, you feel you are losing your vision.

I can’t concentrate, can’t read . . . Your mind’s narcotized . . . sometimes can’t grasp words in my mind that I know.  Get stuck, have to think of another word.  Memory is going.  You feel you are losing something you might not get back.

Deprived of everyday encounters with other people, and cut off from an open-ended experience of the world as a place of difference and change, many inmates lose touch with reality. What is the prisoner in solitary confinement at risk of losing, to the point of not getting it back?

The prisoner in a control unit may have adequate food and drink, and the conditions of his confinement may meet or exceed court-tested thresholds for humane treatment.  But there is something about the exclusion of other living beings from the space that they inhabit, and the absence of even the possibility of touching or being touched by another, that threatens to undermine the identity of the subject.  The problem with solitary confinement is not just that it deprives the inmate of her freedom.  This harm is already inflicted by our prison system, and depending on how you feel about justice and punishment, depriving people of freedom may be justifiable.  But prolonged isolation inflicts another kind of harm, one that can never be justified.  This harm is ontological; it violates the very structure of our relational being.

Think about it: Every time I hear a sound and see another person look toward the origin of that sound, I receive an implicit confirmation that what I heard was something real, that it was not just my imagination playing tricks on me.  Every time someone walks around the table rather than through it, I receive an unspoken, usually unremarkable, confirmation that the table exists, and that my own way of relating to tables is shared by others.  When I don’t receive these implicit confirmations, I can usually ask someone — but for the most part, we don’t need to ask because our experience is already interwoven with the experience of many other living, thinking, perceiving beings who relate to the same world from their own unique perspective.  This multiplicity of perspectives is like an invisible net that supports the coherence of my own experience, even (or especially) when others challenge my interpretation of “the facts.”  These facts are up for discussion in the first place because we inhabit a shared world with others who agree, at the very least, that there is something to disagree about.

When we isolate a prisoner in solitary confinement, we deprive them of both the support of others, which is crucial for a coherent experience of the world, and also the critical challenge that others pose to our own interpretation of the world.  Both of these are essential for a meaningful experience of things, but they are especially important for those who have broken the law, and so violated the trust of others in the community.  If we truly want our prisons to rehabilitate and transform criminal offenders, then we must put them in a situation where they have a chance and an obligation to explain themselves to others, to repair damaged networks of mutual support, and to lend their own unique perspective to creating meaning in the world.

We ask too little of prisoners when we isolate them in units where they are neither allowed nor obliged to create and sustain meaningful, supportive relations with others.  For the sake of justice, not only for them but for ourselves, we must put an end to the over-use of solitary confinement in this country, and we must begin the difficult but mutually rewarding work of bringing the tens of thousands of currently isolated prisoners back into the world.

Lisa Guenther is an associate professor of philosophy at Vanderbilt University and the author of the forthcoming book “Social Death and Its Afterlives: A Critical Phenomenology of Solitary Confinement.”